The Journal has invited the 40 men and women running for Sarnia council to say a few words about themselves. Eight are to be elected: four in the city only, and four to also serve on Lambton County council. This week we present, in alphabetical order, the second group of 10 city-only candidates. Joe Hill and Fanina Kodre did not participate. I am 70-years-old and lived my whole life in Sarnia. My wife and I raised our two children, two that aren’t biologically ours, and are now raising our two grandchildren.

In my opinion, the City of Sarnia needs change, and big change at that. Sarnia gets big things, for free, like the MacLean Center and Jackson Pool for example.

What happened with all the money that came from these things? Now they are just going to be torn down and rebuilt again?

Sarnia needs to utilize what it has and put the money into fixing what’s here, have better use of our Civil Servants. Centennial Park is a fiasco, as well as the Vidal Street bridge.

I would love to see more things happen for the seniors of Sarnia, and more activities for youth to access. I would like to listen to as well as contribute ideas to help the drug rate in Sarnia become less, as it’s becoming a major thing in our city.

I am open to chat more with anyone with questions or who wants to have a conversation. Anyone can reach me on email at: billhawkins48@outlook.com. Born and raised in Sarnia by a single mom who taught me the value of hard work, I have had my ups and downs in life, like everyone.

I am the father of an 11-year-old young lady who is my life, my everything.

I have worked in the Valley for 18 years now as a labourer. I have been a soccer coach, worked food drives and 50/50 draws to raised money for sick kids, and have participated in the Festival of Lights.

I work well with others and have worked my way up to being a foreman for one of the bigger companies in Sarnia.

I look forward to have the opportunity to be a part of serving the people of Sarnia, to continue to bring the City of Sarnia into the 21st century, and to make it a safe and amazing place to work, live and raise a family.

Thank you very much. With over 20 years of environmental engineering experience in both the private and public sectors I believe I will be an effective and successful City of Sarnia Councillor.

If elected, one of my goals will be to fully understand the infrastructure deficits in Sarnia.

One of my visions is to see the various Sarnia neighborhoods identified and assessed for their green spaces, parks, access to biking and walking trails, and community meeting places. I believe this assessment will assist in making future decisions on new parks and recreation projects, as well as any development projects being brought forward.

I believe the city staff are our most valuable resource and I will do my part to create a positive workplace for all.

For the past eight years I have been General Manager of Lambton Area Water Supply System, and I was able to reduce the annual operating budget by over 20%, or $1 million. I saved $400,000 each year by introducing a new 20-year operations and maintenance contract, which included valuable maintenance and oversight provisions.

As a member of Sarnia City Council I plan on being more analytical than political, and I hope you will consider voting for me in October. 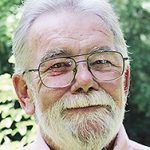 John is a lifetime resident of Sarnia.

John has been on the Board of Directors with the Sarnia Girls’ Soccer Club for sixteen years and he is currently Tournament Director, Ontario Cup Convenor and Chair of the Disciplinary Committee.

The interaction with SGSC has involved conflict resolution, skillful planning and the negotiation of many complex and sensitive issues.

He has exceptional interpersonal skills and he knows how to work diplomatically and successfully through complicated situations.

John also sat on the Advisory Panel for bylaw reform at the Sarnia Humane Society.

Perhaps John’s most valuable asset to Sarnia Council is the fact that he has no personal agenda. His contribution would be a concise and thorough review of every issue and action to move forward on those issues that benefit Sarnia and Sarnia’s citizens.

John represents no political party. His approach is to act in accordance with what Sarnia’s population elected him to council to do. Act not React.

John’s mandate is based on common sense governing and fiscal restraint. Thank you Sarnia for considering me as one of four City councillors, who will best represent you.

My goals as councillor, when elected, would be to continue with the modernization of city operations and infrastructure in the most cost effective and future conscious manner while encouraging transparency and public input, managing spending, and rebuilding relationships between council and administration inside and outside the city.

I also will work to make the downtown core safer, more desirable and more accessible to both public and new business.
With experience in finance, health care, transportation and education I believe I will be one of the four best suited in those tasks.
For more information on current issues and my perspective, efforts I’ll make to earn your vote, and to have your input on how I can best represent you on council, follow Matthew RJ McDonald for Sarnia City Council on Facebook. The past term has seen great accomplishments. Together, my Council colleagues and I have made much progress. I am working on many initiatives that I look to bring forward next term to help increase the City’s productivity and efficiency to better tackle the infrastructure deficit and encourage economic growth and prosperity in Sarnia.

Great improvements/advancements in openness, transparency and citizen engagement in City government were made in 2014-2018.

It’s been an honour serving as your Councillor. If re-elected, I will work with Council to continue to improve Sarnia making it an even greater place to Live, Work and Play.

“Progress Made, More Work to Do” You may recognize my name from serving as a Catholic school trustee for the past 12 years, or from my many years of activism in the Sarnia area.

Whether I was trying to save Jackson Pool from closing, or bringing awareness to suicide prevention in our city, I am always trying to make my community a better place.

I have a strong business and tourism background and will use all of these experiences to help serve you better as your voice on council.

My five main goals include:

* Supporting the people of Sarnia with information and open lines of communication at every level.

If you’re looking for someone who is experienced in board governance and business management, who wants to move this city forward in a positive direction, and who is committed to listening to all citizens of Sarnia, then I am your candidate.

For more information please visit my website at www.michelleparksforsarnia.com. Together we can make a difference! Hello Sarnia, my name is Dave Potts. I am 59 and the part-owner of a building in Sarnia’s downtown where I presently live. I have been a resident the past 37 years and worked 33 of those years in the emergency services field.

I am concerned about Sarnia’s dwindling population and lack of new business. I believe with a concerted effort, public input, staff and council working together, and improved policies, we can accomplish change.

Sarnia has much to offer: our waterfront, cultural diversity, entertainment and businesses. But it but could be more appealing if the infrastructure were upgraded and roads repaired on a scheduled basis. We need public input on improving our recreational and sports facilities.

How did the cost of remediating Centennial Park grow so much, with oversight, no explanation and no job losses? Qualified people in Sarnia should have been consulted to fix the problem, instead of paying a consultant.

Council’s role is to represent the public, look after the wellbeing of the municipality and ensure accountability of city operations. It’s not to fight, argue and separate from the very staff they get information from.

We need a council that has the future of Sarnia in mind and that works together. I’m a wife, mother to a beautiful daughter (Evelyn), and a proud resident of downtown Sarnia.

With a growing family and roots in Sarnia, I have a vested interest in fostering a socially diverse and inclusive environment for citizens (and soon to be citizens) of all ages.

As a board member of the Sarnia Historical Society, I have a deep appreciation for our city’s past. But as a councillor, I will work to advance the economic, social and environmental interests of our citizens.

My motivations for running are multifaceted and all based on the concepts of back-to-basics fiscal accountability and a common sense approach to growth and continuing to build on the many people, places and local businesses that make Sarnia a great city.

Through a comprehensive and concerted approach focusing and emphasizing our community resources, I believe we can retain our current young population while attracting future Sarnians.

My background will provide a unique prescription and fresh voice based on years of effective communication, critical thinking and problem solving.

Learn more about me and my campaign at meghanreale.com Born and raised in Sarnia, I work with Dr. Ibrahim at the Mara Trade Center as an ophthalmic technician.

Since running in the last municipal election, I have served on Sarnia’s Planning Advisory Committee and the Committee of Adjustment. I’ve also attended out-of-town educational conferences and further in-town training.

Many of you know me as the owner and operator of Forever Classic, from 1996 to 2009. My education is in Business with a secondary in psychology, which I put to use in my business and will put to work for you.

In 1999, I initiated and implemented four bylaw changes, affecting the home occupation sector, in a bid to help this sector grow and contribute to the tax base.

At that time I moved my business to downtown Sarnia, and it grew to fill two further locations.

The downtown is now a vibrant contributor to this city and I am happy to say I had a hand in this transformation.

I have raised three sons and been heavily involved in charity fundraisers.

If you honour me with your vote, I will intently listen to all ideas for the future direction of Sarnia, and create and implement a long-term plan to achieve those goals.