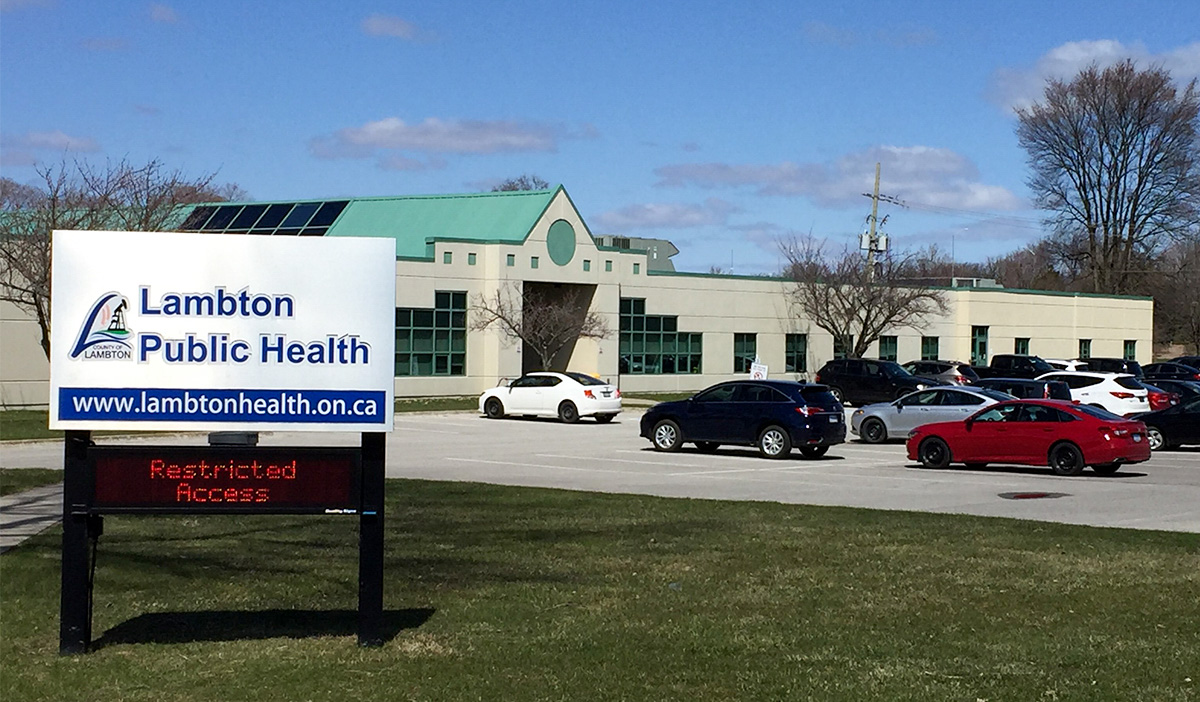 There are no new cases and no new deaths from COVID-19 in Sarnia-Lambton, Wednesday.

The number of deaths remains at 11, as reported Tuesday, while recoveries climbed from 21 to 35 overnight, according to Lambton Public Health.

The total number of local cases remains at 119. Six of the deaths have been linked to an outbreak at Landmark Village seniors’ home — where 23 people (seven staff and 16 residents) have been infected to date.

“There’s a lot of speculation that maybe what we’ve been doing has been working. I’m cautiously optimistic that that’s the case,” Dr. Sudit Ranade, Lambton’s Medical Officer of Health, said in a Tuesday media briefing.

“We’re still in that ‘hold your breath moment’… we’re ready for a surge, we hope it doesn’t happen because (the measures) worked, but we’re still waiting to make sure.”

Ranade said social distancing and other measures are recommended, even for those that have beaten the virus.

“Nobody really knows the answer to whether or not you could be re-infected,” he said. “But having said that, we don’t believe that that would be true in the short term.”

Four of five people infected will experience a mild case of COVID-19, he said.

Across Ontario, 494 new cases were reported Wednesday, bringing the provincial total to 8,447, while 385 people have died, and 3,902 have recovered.

Lambton Public Health continues to recommend that all residents practice social and physical distancing to decrease the transmission of COVID-19.

The city is reminding residents that all outdoor sports facilities, including the track field at St. Patrick’s, are closed and strictly prohibited. Anyone found violating the emergency orders will be charged and face significant fines, the city said. The boat launch at Centennial Park closed Tuesday, along with the launch at Bridgeview Marina. Waterfront access on the St. Clair Parkway between the Suncor gate and Marlborough Avenue is restricted to Aamjiwnaang residents only after the band closed that stretch of Parkway on April 10.