Staff from more than a dozen agencies and organizations pitched in to rescue and transport 1,500 U.S. citizens who washed ashore in Canada during the Port Huron Float Down on Sunday.

People riding inflatable mats and rings began turning up around 4 p.m. between Centennial Park and Corunna after northwest winds to 40 km/hour blew participants in the unsanctioned event off course.

Only minor injuries were reported, and Sarnia Police thanked all the agencies involved in the rescue effort, especially Sarnia Transit staff who bussed 1,500 people back to U.S. Customs and Immigration.

Those involved in the rescue, transportation and cleanup included Sarnia Police, Sarnia Fire, Lambton EMS, the OPP, Canada Customs and Border Agency, RCMP, Canada Coast Guard, Sarnia Transit, Red Cross, and security and fire personnel from the Chemical Valley as well as members of the public. 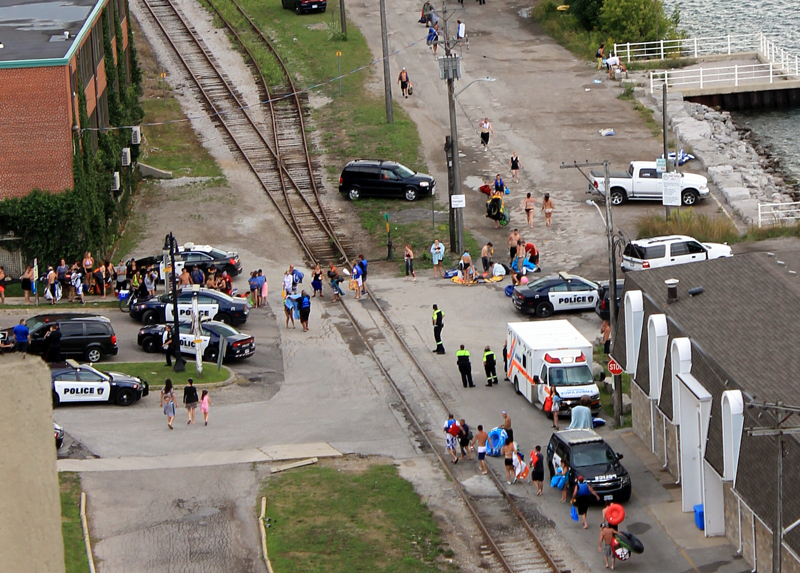